Select a date and time

ABSOLUTELY THE BEST ABBA SINCE ABBA

ABSOLUTELY THE BEST ABBA SINCE ABBA 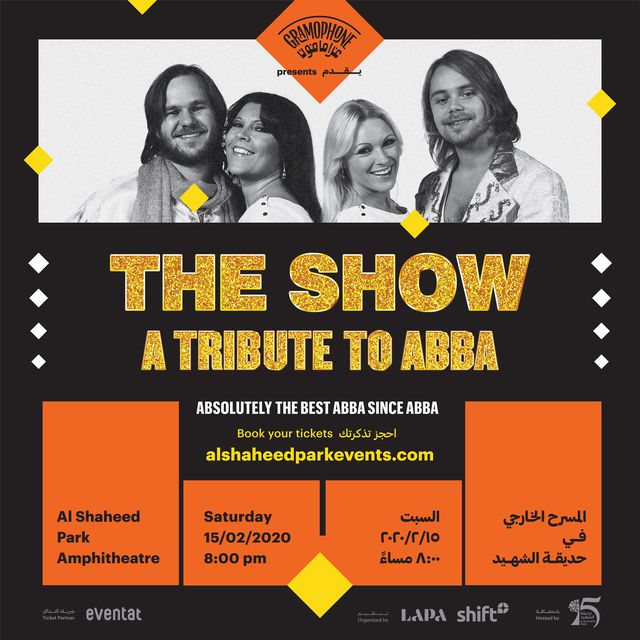 Gramophone is a music collective brought to you with attentive care to create an unparalleled experience that feeds on our nostalgic senses from local and international music that has passed the test of time.

Gramophone presents THE SHOW: A TRIBUTE TO ABBA, hosted by Al Shaheed Park, exclusively organized by LAPA & Shift Ventures.  THE SHOW was produced in Denmark in 2001, with band members from Sweden, and had an impressive 15-year run of worldwide success, with nearly 700 concerts in 40 countries and more than 2 million tickets sold. THE SHOW created renewed success for ABBA’s original music and has taken the position as the best ABBA tribute show in the world according to the Official International ABBA Fan Club.  The music in THE SHOW is backed by The National Symphony Orchestra of London and directed by musical director Matthew Freeman, and several of the original ABBA musicians appear as guest performers including as the legendary saxophone player Ulf Andersson who toured with the original ABBA and co-wrote some of ABBA's famous hits.

Eventat is a platform to sell tickets online and offline and manage your event's attendees.