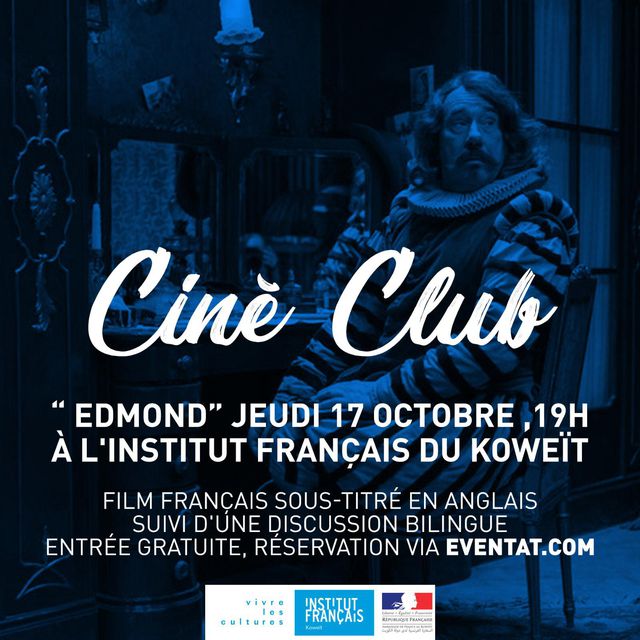 One Thursday a month, the French Institute of Kuwait holds a cinema club during which a French film is screened, with English subtitles, and followed by a discussion in both French and English.

For the month of October, the selected movie is Edmond (Cyrano, my love), by Alexis Michalik :

December 1897, Paris. Edmond Rostand is not yet thirty but already two children and a lot of anxieties. He has not written anything for two years. In desperation, he offers the great Constant Coquelin a new play, a heroic comedy, in verse, for the holidays. Only concern: it is not written yet. Ignoring the whims of actresses, the demands of his Corsican producers, the jealousy of his wife, the stories of his best friend's heart and the lack of enthusiasm of all those around him, Edmond starts writing this piece which nobody believes. For now, he has only the title: "Cyrano de Bergerac".

By booking a seat, you agree to recieve a follow-up survey via e-mail after the event.

Eventat is a platform to sell tickets online and offline and manage your event's attendees.